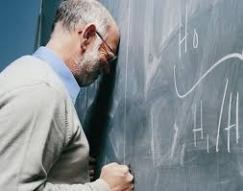 When I began teaching in 1970, and throughout almost all of my 38 year career in NYC and suburbs, teaching was a lifelong calling. Many, like me, started right out of college, grabbed a Master’s degree on the way to get permanent certification, and taught until retirement age or near it if an early retirement deal was created by boards trying to save labor costs.

Nationally, in 1990, 20 years into my career, the average length of service was 15 years. Of course that counted those who never were granted tenure and those who realized for a variety of good reasons, that they wanted to do something else. It also, by the way, included second career teachers who started at 40ish and worked fewer years to reach retirement age.

Now the average, as most people know is less than 5 years. This is because of a number of reasons. Short timing TFA corps members and their clones are only one reason. In general, our culture has changed. Post baby boomer generations have shown a propensity to work more jobs for fewer years in their work life than us baby boomers and the depression generation that preceded them.

But more and more a rising factor has been the degradation of the profession and the increased lack of control over what teachers do as a result of NCLB, RTTT, High Stakes Standardized Testing, Common Core, and the overall takeover of education policy by corporations like Pearson and Achieve Inc. via the support of campaign fund needy politicians.

The result are more and more articles like this one in the Baltimore Sun where we read sad stories like,

After 22 years of teaching in Baltimore County, JoAnne Field says she will be leaving her third-grade classroom this year. She loves the children, has a principal she believes is “wonderful and supportive” and is committed to public education.

But because of the rapid changes to the county’s curriculum for elementary schools, she doesn’t feel she has been as successful with her class this year as she should have been.

“If I do what … the county is now expecting me to do, I can’t look at my children in the eyes. I know I am not giving them what they need,” said Field.

Yesterday I counseled a young woman who just finished her student teaching experience and was curious about what to do to find work as a high school english teacher. Sadly I told her that there will be lots of opportunities to teach because of what has happened in Baltimore and all over the United States. But, I told her,  to have a satisfyingly long career, she has to try to get hired in a progressive district that does not kow-tow  to the corporate agenda.

4 thoughts on “WHY ARE SO MANY MORE TEACHERS “RETIRING”?”

Mercedes Schneider's Blog: Mostly Education, with a Smattering of Politics and Pinch of Personal