The Long Death of Creative Teaching

Common Core standards are part of a bigger movement towards stifling teachers. 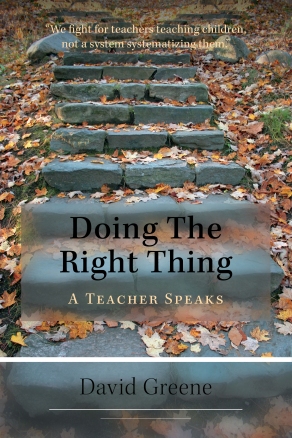 I am a teacher. I am a parent. I am a mentor. I am a coach. I taught, advised, coordinated, and coached in three high schools in New York City and Westchester for over thirty-eight years. Since 2008, I have trying to pass on what I was taught and what I learned through my various experiences to new teachers and educate parents about the education “reform” scam.

What’s been going on most recently in the fight for public education? The election of Barack Obama was supposed to bring a sigh of relief to embattled, public educators. Instead, it brought more heartache and disappointment. The new Secretary of Education, Arne Duncan (not an educator) put into effect a “replacement” for No Child Left Behind  (NCLB) that turned out to be no such thing. State governments jumped at the chance to get out from under NCLB’s impossible mandate of having all children be reading proficient by 2014. They jumped at the bribe of more federal money. The catch was that they had to follow the new guidelines of the replacement—The Race to the Top (RTTT). Which state was going to be the best state in the Union? But at what cost?

By accepting RTTT, states would now be forced to give more standardized tests; collect more scientifically based data (that has shown that these new techniques that are forced down public educators’ throats do not work); evaluate teachers using this data; follow a “Common Core” of standards that will use even more tests; privatize more schools and districts; force more good teachers out of teaching; hire more non-certified teachers from programs like TFA; pay even less regard to the professional expertise of teaching professionals; and worse, pay even less attention to how children learn best.

The evidence of the resulting crumbling of public education all over the country is overwhelming.  Instead of “getting rid of bad teachers,” more good and excellent teachers are leaving. Teaching colleagues, who three years ago said they loved their job and would stay until someone carried them out, are now saying they can’t wait until they are eligible for retirement.

Whereas, in 1990, the average length of a teaching career was approximately fifteen years, it is now five. School districts all over the country, hit hard by the repercussions of the Great Recession and increased costs of all the new testing and mandates (of course, underfunded by the bribe), are now looking for ways to cut their budgets. They have cut courses, recess, and gym. They have limited electives and extracurricular activities. They have closed schools and eliminated teaching positions. Even more diabolically, many more have figured out a way to use these new rules to force more expensive, credentialed teachers out and replace them with short-timers not lasting more than two to five years. As a result, more districts and states are lowering labor costs and limiting future pension costs. The bottom line wins.

Do Teachers? No!  Do Students? No! Do Parents? No!

Mostly Education; a Smattering of Politics & Pinch of Personal